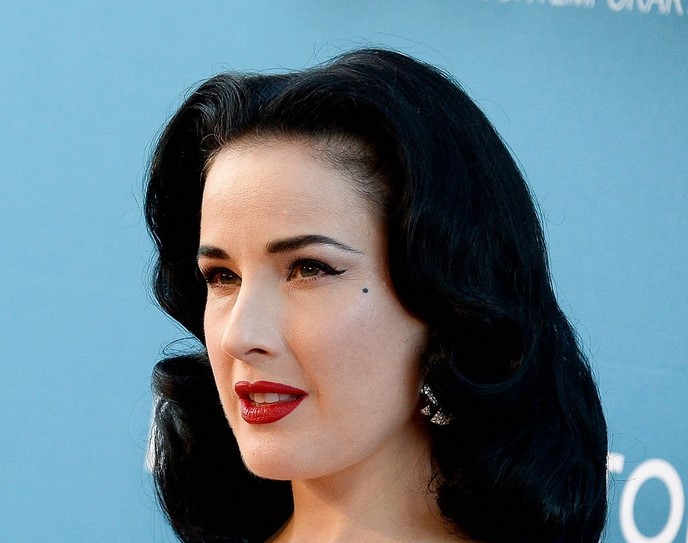 What is Dita Von Teese’s net worth?

Dita Von Teese is an American burlesque dancer, pin-up model, costume designer, entrepreneur and actress who has a net worth of $16 million. She is arguably the most famous modern burlesque performer and is referred to today as the Queen of Burlesque. Today Dita presides over a mini-empire that includes her own fragrance line, lingerie collection, a line of signature cocktails and several best-selling books.

At the age of 15, Von Teese worked as a salesgirl in a lingerie store, fostering her love of basques, corsets, stockings, and other articles. She had her career breakthrough at the age of 30, when she posed for the December 2002 Playboy cover. Von Teese soon became known for her trademark painted eye, crimson lipstick, dark bluish hair, and tattooed beauty mark on her cheek. She chose the name “Dita” in homage to silent film actress Dita Parlo.

In 2005, Von Teese married singer Marilyn Manson, who had been a longtime fan of hers. He proposed with a 7-carat, 1930s European round-cut diamond ring. One year later, Von Teese filed for divorce from Manson on account of irreconcilable differences. Following this, she dated French Count Louis-Marie de Castelbajac from 2009 to 2012. In the latter year, Von Teese had a short relationship with singer Theo Hutchcraft. Since 2014, she has been dating graphic designer Adam Rajcevich. Von Teese lives in a Tudor revival home in the Hollywood Hills that includes antique taxidermy and a glass box containing the vintage fetish shoes of model Bettie Page.

“Corsetry is a body modification.”

“Physical beauty isn’t so impressive to me.”

“Well, when I was fifteen years old I worked in a lingerie store and that’s how I feel in love with vintage lingerie because I wanted to know the history of it.”

“When I was a little girl, I watched all old movies. My mother liked old movies, and she loved shopping for antiques, so I was around old things all the time.”

“I prefer the competitive atmosphere of a classroom setting, like yoga or Pilates. That keeps me going. Although performing on stage is great exercise!”