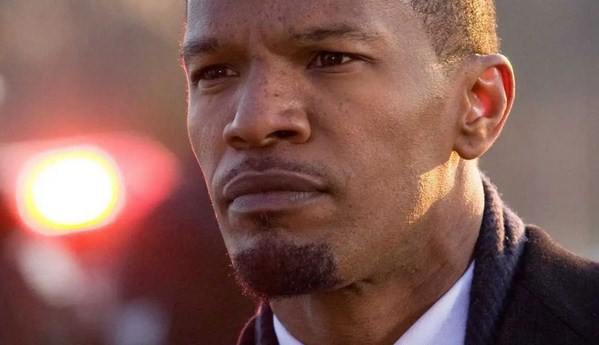 Jamie Foxx Net Worth is $85 Million

Jamie Foxx Net Worth – Eric Marlon Bishop aka Jamie Foxx is an American actor, singer and comedian with an estimated net worth of $85 million. Multi talented Foxx has not only captured a multitude of awards for his acting and comedy work but also for his incredibly successful album releases. With such a diverse range of talents recognized at the top level in the industry it’s no wonder that Foxx is building a sizeable net worth.

Raised by his grandparents on his mother’s side, Foxx was brought up in a racially segregated community. His parents were not involved in his upbringing and foxx has attributed a great deal of his success to his grandmother.

Learning to play the piano from the age of five years old Foxx continued to use his talent to play for his church New Hope Baptist as well as being a choir leader. Doing well at school he went on to study classical music and composition at United States International University which he won a scholarship to. His ability to tell jokes was appreciated by his teachers and peers throughout his schooling.

Accepting a dare from his girlfriend, Foxx started his comedy career at an open mic night. This led to him taking the name Jamie Foxx after he realized that female comediennes were often called up to perform first. Changing his name from Eric Marlon Bishop to the more gender neutral Jamie Foxx led to his recognizable and enduring name.
Ray of Sunshine

After joining the cast of In Living Colour where he remained for three years, and a role in a comedy-drama TV show, Foxx eventually gained his own sitcom The Jamie Foxx Show which ran for five seasons, making 100 episodes and getting nominated for numerous awards. After making his film debut in the 1992 comedy Toys, Foxx went on to make a name for himself with highly successful roles in Any Given Sunday, and Collateral. Receiving an Academy Award nomination for his role in Collateral, Foxx went on to win the Academy Award for best actor for his Portrayal of Ray Charles in the movie Ray, becoming only the second person to receive two nominations for Oscars for acting roles in different movies in the same year. Foxx has carried on making an impressive impact in the movie industry appearing in Django Unchained , as the super villain Electro in The Amazing Spider-Man 2, and William Stacks in the 2014 version of Annie and many more. At 49 years of age this Hollywood legend has also earned himself a star on the Hollywood Walk of Fame in 2007, of which he had this to say: “[it was] one of the most amazing days of my life”.

The Sound of Music

As if his comedy and movie success weren’t enough, multi-talented Foxx has also found success as a musician. Although his first album release in 1994 was not a hit, his collaborative work was more successful, most notably his Gold digger collab with Kanye West that went straight to #1 on the Billboard Hot 100 chart and stayed there for ten weeks. Foxx’s second Album release Unpredictable was much more successful and so far has sold 1.98 million copies in the U.S alone, as well as being certified double platinum, earning him an estimated $2.14 million. His third album Intuition released in 2008 is estimated to have earnings of $1 million. With success like that it’s easy to see how his net worth has grown.

Foxx’s success in both acting and music make him only the fourth person to achieve an Academy Award for an acting role as well as a number 1 album in the U.S. The other three people in that legendary club are Frank Sinatra, Bing Crosby and Barbara Streisand.

The Good, The Bad and The Ugly

Is Foxx a hero or a villain? Having played both roles in his numerous movie roles he has also played both in real life. And while his display of heroism when he rescued a man from his burning vehicle may not have paid big dividends, his altercation with police in 2003 when he was escorted from Harrah’s Casino in New Orleans resulted in him getting a $1500 fine and a six-month suspended jail term with two years probation. That’s unlikely to affect his net worth.

With Oscar, BAFTA, Golden Globe and Grammy awards to his name Jamie Foxx looks like his star on the Hollywood walk of fame has been well deserved and will shine for a long time yet. Success in the areas of Comedy, Acting, and Music have helped Jamie Foxx net worth grow to the respectable net worth of approximately $85 million and at 49 years of age he’s got a lot more time to keep growing it.