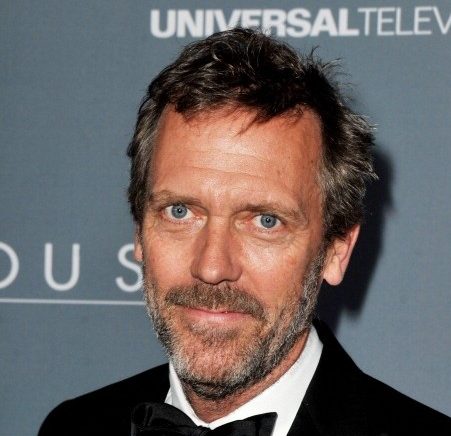 What is Hugh Laurie’s net worth?

The actor has amassed a net worth of $45 million.

Hugh Laurie is a British actor, musician, and comedian who has a net worth of $45 million. He is best known for his starring role in the Fox medical drama “House”, for which he received two Golden Globes and numerous Emmy nominations. He is also known for his comic work as one half of Fry and Laurie, and on the television shows, “Blackadder” and “Jeeves and Wooster”.

James Hugh Calum Laurie, better known as just Hugh Laurie, was born on June 11, 1959, in Oxford, England. He is the youngest of four children. His father, William George Ranald Mundell “Ran” Laurie, was a physician, and won an Olympic gold medal in the coxless (pairs) rowing category at the 1948 London Games.

In 1989, Laurie married theater administrator Jo Green. Together they have two children. Stephen Fry was Laurie’s best man at his wedding, and is also the godfather of his children. In May 2007, Laurie was awarded the honor of Officer of the Order of the British Empire (OBE), for his services to drama. In 2018, this honor was advanced to a Commander of the Order of the British Empire (CBE). In October 2016, he received a star on the Hollywood Walk of Fame.

“As a real person, he wouldn’t last a minute, would he? But drama is about imperfection. And we’ve moved away from the aspirational hero. We got tired of it, it was dull. If I was House’s friend, I would hate it. How he so resolutely refuses to be happy or take the kind-hearted road. But we don’t always like morally good people, do we?”

“I’ve never been clever with money. I will buy anything at the top of the market.”

“I have my moments. Ever since I was a boy, I never was someone who was at ease with happiness. Too often I embrace introspection and self-doubt. I wish I could embrace the good things.”

“The strange thing – and this is one of the advantages of being incredibly shallow and superficial – is that wherever I am, that’s sort of home.”

“Ideas are 10 a penny. It’s the execution that’s the hard thing to do. House is standing up against a tide of sentiment and emotionalism over reason that threatens to engulf this world. When you think about it, a rationalist, a man of science and reason, is in a pretty lonely position.”