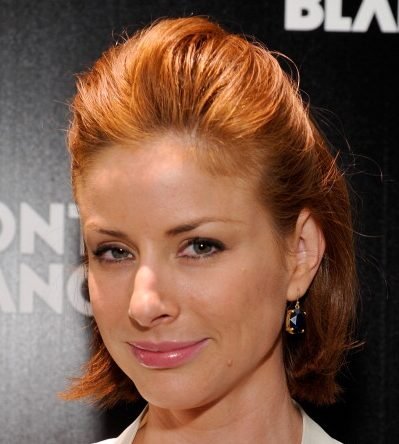 What is Diane Neal’s net worth?

Diane Neal net worth and salary: Diane Neal is an American actress who has a net worth of $8 million dollars. Diane Neal was born in Alexandria, Virginia, and grew up in Littleton, Colorado. She was a competitive figure skater in high school, and graduated early. She went on to college at age 16, where she majored in Pre-Med. She ultimately shifted her focus when she began modeling, and subsequently dropped out of school. She began her professional acting career in 2001 after studying at Atlantic Acting School in New York. She made her debut with a guest-starring role on the television show, “Fling”. Since then, she has appeared in such film and television projects as “Ed”, “The American Embassy”, “Hack”, “Second Born”, “Future Tense”, “Dracula II: Ascension”, “Law & Order: Trial by Jury”, “30 Rock”, “My Fake Fiance”, “White Collar”, “Dirty Movie”, and “A Gifted Man”. She is most widely recognized for her starring role as A.D.A. Casey Novak on “Law & Order: Special Victims Unit”.

Personal Life: Diane was married to Marcus Fitzgerald from 2005 to 2014. In 2013 she met magician JB Benn at a charity event. After two months of dating, JB moved into Diane’s New Jersey town home. In court papers submitted in 2018, Diane would claim that JB eventually became physically abusive in addition to stealing millions of dollars from her bank account. Disturbingly, Diane claimed that JB sexually assaulted her on at least on occasion and slit her dog’s throat while also cut her out of a real estate deal they were supposed to co-own.

“The vast majority of A.D.A.s put everything on the line to make sure justice is served. That’s what I love about prosecutors and the New York police.”

“Legal dialogue is awesome, but you can’t ad lib. It’s much more fun to be looser and say things like, ‘Can I work in a Han Solo reference?’ I’m a ‘Star Wars’ freak.”

“My older sister has all her degrees in theater, and I couldn’t stand the theater geeks!”

“I’ve been a stand-up comedian for years, and I can be silly.”