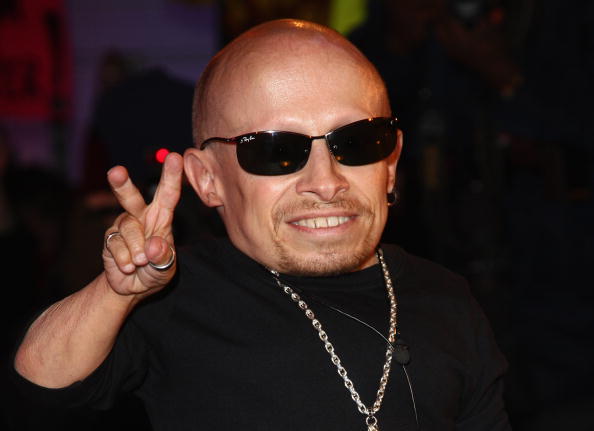 What is Verne Troyer’s net worth?

The actor has amassed a net worth of $150 thousand.

Verne Troyer was an American actor and stunt performer who had a net worth of $150,000 at the time of his death in 2018. Troyer is most widely recognized for his role as Mini-Me in the “Austin Powers” film series. He was also a cast member on “The Surreal Life” in 2005 and played Griphook the Goblin in 2001’s “Harry Potter and the Philosopher’s Stone.” Due to a condition called cartilage–hair hypoplasia, Verne stood 2 feet, 8 inches tall and might be the shortest performer in the history of Hollywood to became a star in such large proportions. His career in show business began in 1994 when he worked as a stunt double for a nine-month-old child in the comedy “Baby’s Day Out,” and he went on to amass more than 50 acting credits during his lifetime. Thanks to his silent but expressive comedic performance, Verne Troyer won positive reviews from both critics and fans.

Verne began a relationship with model/actress Genevieve Gallen in 2002, and they married on January 22, 2004, but the union was annulled soon after. In June 2008, a private sex tape of Troyer and former girlfriend Ranae Shrider was leaked to the public by TMZ and Ranae. Kevin Blatt, who had brokered a deal for Paris Hilton’s 2003 sex tape, attempted to sell the Troyer-Shrider video, but Verne and his attorney, Ed McPherson, filed a lawsuit against Blatt, TMZ, and an online rental company called SugarDVD for copyright infringement and invasion of privacy. In May 2015, Troyer appeared on “Celebrity Wife Swap” with girlfriend Brittney Powell and her teenage son, Tyson; Brittney switched places with the wife of former NFL player Hines Ward. In March 2015, Verne was taken to the hospital after suffering a seizure at Heart of Texas Comic Con, and he was released a few hours later. In April 2017, Verne revealed that he was seeking treatment for alcoholism, and a year later, he was hospitalized for a “reported poisoning.” Troyer was “extremely upset, drunk and suicidal” when authorities arrived at his North Hollywood home, and he was reportedly placed on an involuntary psychiatric hold.

“I’m very critical of myself.”

“I don’t feel disabled, and I think everybody makes their own way in life.”

“My parents taught me to be optimistic and independent. They made me feel that I could do anything I set my mind to, which has really helped me. They didn’t make allowances for me because of my height. I had to do everything my brother and sister had to do, including raising our animal menagerie that included cows and chickens.”

“Pinocchio’s Revenge’ was pretty bad. I was basically a stunt double for a doll.”

“If I walk up to a bar, they wont see that I’m standing there.”