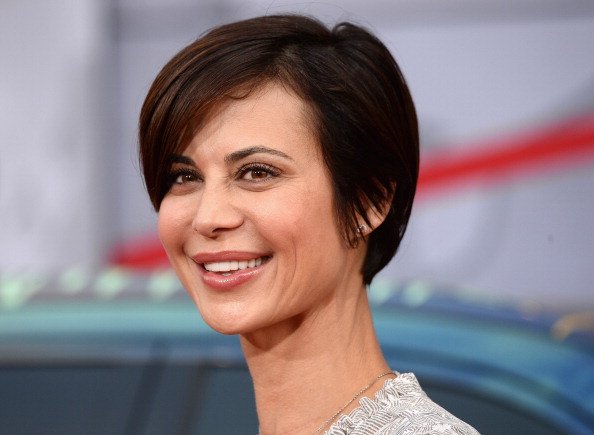 What is Catherine Bell’s net worth?

After returning to the U.S., Catherine decided to try her hand at acting and studied with Milton Katselas at the Beverly Hills Playhouse. She also spent eight years working as a massage therapist at the Peninsula Hotel. Bell made her television debut in 1990 with one line in an episode of the sitcom “Sugar and Spice,” then she guest-starred on “True Colors” in 1991 and acted as Isabella Rossellini’s nude body double in 1992’s “Death Becomes Her.” She then appeared in the TV movies “Mother of the Bride” (1993) and “Alien Nation: Body and Soul” (1995) and the film “Men of War” (1994) and guest-starred on “Dream On” (1994), “Vanishing Son” (1995), “Friends” (1995), and “The Naked Truth” (1995). In 1996, Catherine was cast as Lt. Diane Schonke, a character with three lines, on “JAG.” After NBC cancelled the show, CBS picked it up and restructured it, adding the character of Sarah MacKenzie, a Marine Corps lawyer. Bell auditioned for and won the role, and she played the character until JAG ended in 2005, appearing in more than 200 episodes of the series. In 2019 and 2020, she reprised her role in three episodes of “NCIS: Los Angeles.”

Though she grew up Roman Catholic, Bell later became a Scientologist, and in 2006, she appeared in “United,” a Scientology music video featuring Jenna Elfman, Isaac Hayes, and Erika Christensen. Catherine married actor/production assistant Adam Beason on May 8, 1994, after meeting on the set of 1992’s “Death Becomes Her.” The couple welcomed daughter Gemma on April 16, 2003, and son Ronan on August 21, 2010, and they divorced in 2011. In 2012, Bell and her children began living with photographer/party planner Brooke Daniells (a fellow Scientologist). Catherine enjoys skiing, kickboxing, snowboarding, motorcycling, and cross-stitching, and she took flying lessons during the 2007–2008 Writers Guild of America strike.

“It’s changing a bit, but the thing in LA is everyone is either in the industry, or knows someone who is in the industry. So, they don’t let on that they recognize you, that’s what I’ve found out.”

“I think it’s great that she’s not perfect and wasn’t perfect. I think that’s maybe why so many young girls and different people look up to Mac and respect her even more.”

“I love England though; I’ve been back a few times and just love it. My favorite thing to do there is going to museums and all the castles. Oh, and my husband and I went mountain biking across England on our honeymoon!”

“I love to go bungee jumping, jump out of planes, ride motorbikes, do kickboxing. I love all that stuff.”