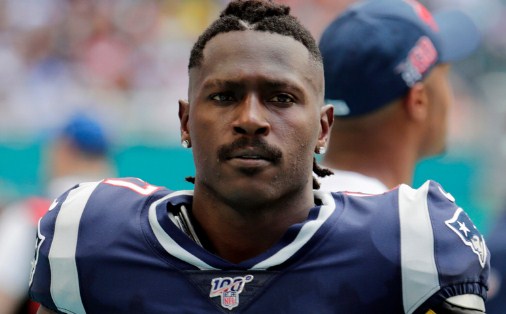 Antonio Brown Net Worth: $13 Million. Antonio Brown is an American professional football player who is one of NFL’s most incredible wide receivers. He was born in Miami, Florida in July 1988. Antonio Brown High School and College Career. He started his career in football when he joined Miami Norland High School’s football team. He played many different positions such as punt returner, quarterback, and wide receiver. Antonio spent his 2006-year at North Carolina Tech. He passed for 1,247 yards, 11 touchdowns and rushed for 451 yards.

He went to play for Central Michigan Chippewa’s football squad where he put up awesome numbers over a 3-year span. Antonio had 305 receptions, 3,199 receiving yards and 22 touchdowns. After putting those kinds of numbers up, I am sure we can all deduce that he was ready for the NFL. He skipped his senior year and decided to join the 2010 NFL Draft.

In 2010, it was time for Antonio to join the NFL. The Pittsburgh Steelers in the sixth round selected Antonio Brown, 195th overall pick where he was ready to start his professional career in American Football. Pittsburgh Steelers are worth $1.9 billion dollars. The team is ranked #21 as the worlds 50 most valuable sports teams.

Antonio has had an amazing career so far where he received the best AFC offensive Co-Player of the year, NFL receiving yards leader and NFL reception leader in 2014. He is a four time Pro Bowl selection, and two time First team All-Pro. In 2014, he was AFC receiving touchdown leader as well. Brown is NFL’s first player to have 1,000 yards returning and receiving in a season. Also, the first NFL player to have a minimum five catches and 50 receiving yards in 35 consecutive games. Next, he is the only player to have back-to-back seasons with 125 receptions.

In 2012, Antonio Brown signed a $42.5 million five-year deal. In 2017, he signed his five year contract $68 million dollars ($19 million guaranteed at signing and a $17 million annual price tag). This will make him the highest paid receiver in the NFL.