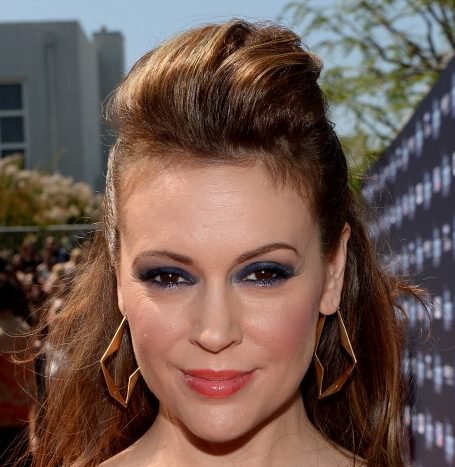 What is Alyssa Milano’s net worth?

Alyssa Milano Net Worth and Salary: Alyssa Milano is an American actress, producer and singer who has a net worth of $10 million dollars. Alyssa Milano became a household name in the 1980s with her starring role on the sitcom “Who’s the Boss?”. She appeared in several television movies in the 1990s, and starred in the television series “Charmed”. Other notable roles of hers include the short-lived sitcom “Romantically Challenged” and the film “Hall Pass”.

Career: In August 1984, when she was 11 years old, Milano made her film debut in the drama “Old Enough”. The film won First Prize at the Sundance Film Festival. She then landed the role of the daughter of Tony Danza’s character on the sitcom “Who’s the Boss?”, and the show began airing on ABC in September 1984. To support her career, her whole family actually moved out to Los Angeles that year, where the show was filmed and produced. She starred on the show for 8 seasons, until it’s end in 1992, for a total of 196 episodes. This role established her as a household name and teen idol, and opened up the opportunity for her to take on many more roles. For example, when she was 12 years old, she co-starred with Arnold Schwarzenegger in “Commando” (1985). On stage, she starred in productions like “Tender Offer” by Wendy Wasserstein; “All Night Long” by John O’Keefe; and “Butterflies Are Free” in Los Angeles (December 1991 – January 1992).

Personal Life: From 1987 to 1990, Milano was in a relationship with the actor Corey Haim, who struggled with addiction throughout the duration of their relationship. Supposedly, Milano and his manager tried unsuccessfully to get him professional help. In 1993, she became engaged to fellow actor Scott Wolf. However, they ended their engagement and separated just a year later. She revealed in 2019 that, despite being on birth control at the time, she had actually gotten pregnant with Wolf and undergone two abortions in 1993 while they were still together. In 2008, Milano became engaged to David Bugliari, an agent at Creative Artists Agency, after a year of dating. They got married at Bugliari’s family home in August 2009. Together, they have two children, a son born in August 2011, and a daughter born in September 2014.

“Be present and in the moment.”

“Aaron Spelling always had his finger on the pulse of pop culture, he knew what the public wanted to see. He was one of the most loyal men in this business and believed in me at a time in my career when no one else would.”

“People on series are now given a lot more opportunities, sometimes more than film actors.”

“The first few weeks of being a mom were profound, not just emotionally but also, physically. All the changes you instinctually go through are miraculous.”