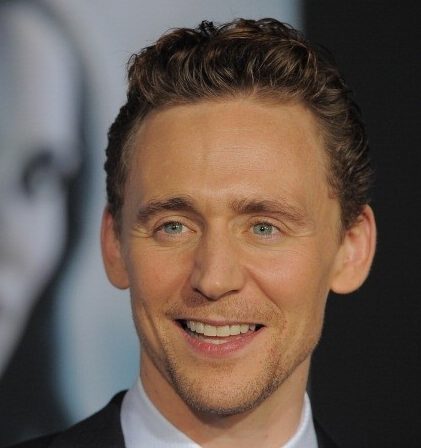 What is Tom Hiddleston’s net worth?

Tom Hiddleston Net Worth and Salary: Tom Hiddleston is a British actor who has a net worth of $30 million. Hiddleston began his professional acting career while he was a student at the University of Cambridge after he caught the attention of an agent who saw him in a production of “A Streetcar Named Desire.” Tom made his television debut in the 2001 British miniseries “The Life and Adventures of Nicholas Nickleby” and has gone on to appear in more than 40 film and TV projects, including “Midnight in Paris” (2011), “Only Lovers Left Alive” (2013), “Crimson Peak” (2015), and “The Night Manager” (2016). Hiddleston is best known for the role of Loki, who he has portrayed in the “Thor” franchise (2011–present) as well as “The Avengers” (2012), “Avengers: Infinity War” (2018), and “Avengers: Endgame” (2019); he will reprise his role on the Disney+ series “Loki,” which is scheduled for release in 2021.

Personal Life: Tom dated actress Susannah Fielding from 2008 to 2011 and singer Taylor Swift in 2016. In July 2020, it was reported that he was in a relationship with “Betrayal” co-star Zawe Ashton and that she was living with Hiddleston in his home in Atlanta, where he films the “Loki” TV series. Tom also owns a home in London, and he has served as a UK ambassador for UNICEF. In his role as an ambassador, Hiddleston traveled to Guinea in an effort to raise awareness about malnutrition and hunger in 2013, and in 2015 and 2016, he went to South Sudan to see how the civil war was affecting the country’s children. Tom said of his visits to South Sudan, “Everyone I’ve met has experienced traumatic events that no one – least of all a child – should ever have to go through…I’ve seen things in South Sudan that will stay with me forever.” Hiddleston has supported numerous charitable organizations, such as Starlight Children’s Foundation, Comic Relief, Amnesty International, and Red Nose Day USA. Tom is a feminist and has donated to the TIME’S UP UK Justice and Equality Fund. He is also an Illuminating BAFTA Ambassador.

“If the Loki in ‘Thor’ was about a spiritual confusion – ‘Who am I? How do I belong in this world?’ – the Loki in ‘Avengers’ is, ‘I know exactly who I am, and I’m going to make this world belong to me.'”

“I thought theater people wouldn’t see me if I hadn’t trained. I didn’t want to just be the Brideshead guy, to spend the rest of my life wearing waistcoats. I got the chance to try everything. Not just Romeos, but pimps and grandfathers and even one role as a woman in a Naomi Wallace play called Slaughter City.”

“If you play it straight it’s funny – the best comedy is always played straight down the middle. The adjustment is understanding from the screenplay that a moment is hilarious.”

“In ‘Thor,’ that was my own hair. I grew it out. But I have naturally curly, blonde hair, so I’ll never look like that. By the time I got to ‘The Avengers,’ I had come off two other films, which required me to have it very short. So I dyed it again and it was long enough to use a part of my hairline.”