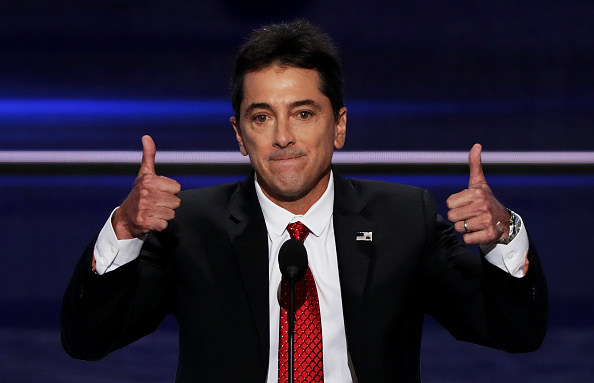 What is Scott Baio’s net worth?

Scott Baio is an American actor and television director who has a net worth of $4 million dollars. Scott Baio is most widely known for his roles on “Happy Days”, “Joanie Loves Chachi”, and “Charles in Charge”.

He made his debut as a teenager, starring opposite Jodie Foster in the title role in the 1976 kid comedy “Bugsy Malone.” (He and Foster later teamed up again in the teen drama “Foxes” in 1980.) His next role came when he was just sixteen when he was cast as a regular on the nostalgic sitcom “Happy Days” in 1977, portraying Fonzie’s tough little cousin, Chachi, and thus, he became a favorite among teen girls. During his work on “Happy Days,” Baio earned two Emmy Award nominations for his performances in the made-for-TV movies “Stoned” in 1981 and “All the Kids Do It” in 1985. During this time, he also won two Young Artist Awards for Best Young Actor for “Stoned” and Best Young Comedian for “Happy Days.” Baio also starred in the after-school specials “The Boy Who Drank Too Much” and “Senior Trip”, with Mickey Rooney.

Over the years as he made occasional TV appearances, Baio transformed from an innocent teen idol into a reputed ladies’ man, dating women such as Pamela Anderson, Brooke Shields and even Liza Minnelli (15 years his senior). He saw the benefit of his long dating list with his own reality show, “Scott Baio is 45 And Single” (2007), which became popular enough to create a follow-up series, “Scott Baio is 46 and Pregnant.” He was engaged to Jeanette Jonsson in 2001 but they broke up shortly after. Baio married Renee Sloan in 2007. They had a daughter together shortly after. He announced that Renee was pregnant with twins in July 2007, but one of the babies passed away in the 11th week of gestation. Their daughter Bailey was born in December of that year. She was diagnosed with cerebral microvascular disease in 2017. The family started the Bailey Baio Angel Foundation to provide financial support to families who are dealing with metabolic disorders.

“One of my favorite things to do is play golf at Braemar Country Club. It’s quiet and not overly crowded. The people are nice, and there’s wildlife all around the course. As far as my game itself, I can go from a 10 handicap to a 30, depending on the day.”

“I can work every day of the year. TV is easy. My call’s at 8:30 a.m. I’d like to break out of the comedy thing and take a shot at something serious like theater. The off-season allows me to do movies, but I’m not tired of TV yet. There’s nothing like it. I’ve got the best of both worlds.”

“I love driving cars, looking at them, cleaning and washing and shining them. I clean ’em inside and outside. I’m very touchy about cars. I don’t want anybody leaning on them or closing the door too hard, know what I mean?”

“Life is too short no matter what party you are with.”

“Don’t ever take a shower with a woman, because you’ll probably end up proposing to her.”