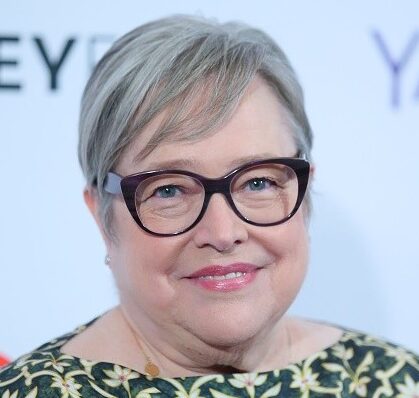 What is Kathy Bates’ net worth?

Kathy Bates Net Worth: Kathy Bates is an American actress and director who has a net worth of $20 million dollars. Bates is known for her performances both onscreen and onstage, appearing in more than 120 film and television projects as well as Broadway productions of “Fifth of July” (1980), “Come Back to the Five and Dime, Jimmy Dean, Jimmy Dean” (1982), and “‘night. Mother” (1983–1984), for which she received a Tony-nomination.

Personal Life: Kathy married Tony Campisi in April 1991, after 13 years together, and they divorced in 1997. In 2003, Bates was diagnosed with ovarian cancer, but it was not public knowledge until January 2009 when she stated that she had been “in total remission” for more than five years. She was diagnosed with breast cancer in July 2012 and underwent a double mastectomy. Two years later at the New York Walk for Lymphedema & Lymphatic Diseases, Kathy revealed (in a pre-recorded message) that she has lymphedema in her arms as a result of the double mastectomy, and she began serving on the Lymphatic Education & Research Network’s honorary board as a chairperson later that year. Bates also became a spokesperson for lymphedema, and in 2018, she took part in Capitol Hill Lobby Day in an attempt to get more research funding for the condition and spoke at the DC/VA Walk to Fight Lymphedema & Lymphatic Diseases. She was honored with a 2018 WebMD Health Heroes “Game Changer” Award for her dedication to raising awareness of lymphedema.

“Misery’ left a lasting mark on me. When I die, it will be ‘Kathy ‘Misery’ Bates Is Dead.'”

“Every time an Oscar is given out, an agent gets his wings.”

“I have really focused on mindfulness. That helps me make better choices both physically, psychologically, and emotionally.”