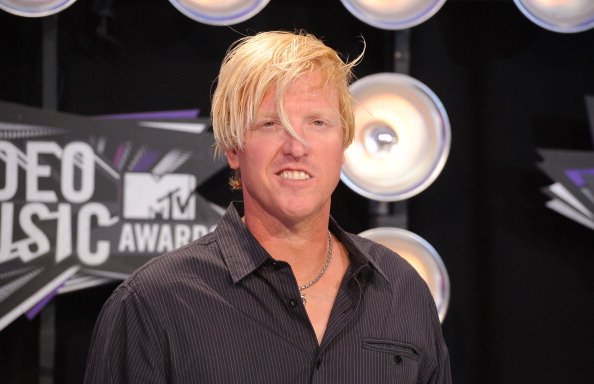 What is Jake Busey’s net worth?

Jake Busey is an American actor, musician and film producer who has a net worth of $500 thousand. Busey earned prominence in the 90s with roles in movies like “The Frighteners” and “Starship Troopers.” He then appeared in the comedy “Tomcats” before his career stalled. Although he was living in his car at one point, director Robert Rodriguez helped him get back on track after casting him in the series “From Dusk Till Dawn: The Series” in 2014. Jake is also known for playing Sean H. Keyes in the “Predator” franchise. If his last name sounds familiar, it is because Jake is the son of renowned actor Gary Busey.

Busey’s first role was in the film “Straight Time.” He appeared alongside his father and Dustin Hoffman at the age of seven. Much later, he began to make name for himself as an adult actor in films like “Contact” and “Starship Troopers.” In the latter film, he played an obnoxious soldier named Ace Levy. “Starship Troopers” was based on a monumental science fiction novel by Robert Heinlein, although it was adapted in a number of ways for the big screen. The film grossed $121 million on a budget of $105 million and received mostly negative reviews upon release. However, later critics recognized that many had “missed the point” of the film, as it was intended as political satire. Additional roles in the 90s included “The Frighteners.”

As for his off-screen time, Busey spends it playing drums and singing in the Los Angeles-based band, Sons of the Lawless. He is also a licensed pilot. He has been in a relationship with April Hutchinson for many years. They welcomed a daughter in 2012.

“I like showing the gritty truthful dark side of humanity.”

“I just didn’t lock into being in the right role in the right big movie and it going huge. I did never really make the leap to hyperspace. Who’s to say that it can’t still happen. I just enjoy working, and feel fortunate to be doing the things that I am doing.”

“Let’s say you would see me in a lot more big movies had I done movies that I’d been asked to do playing bad guys. Now that I have a child on the way, I think that you’ll probably be seeing me play more bad guys. If that’s what’s going to put bread on the table, that’s what I’m going to be doing.”

“The first film I was in was called ‘Straight Time.’ I was five-years old, and I was playing my father’s son.”

“I have a band called Sons of the Lawless.”