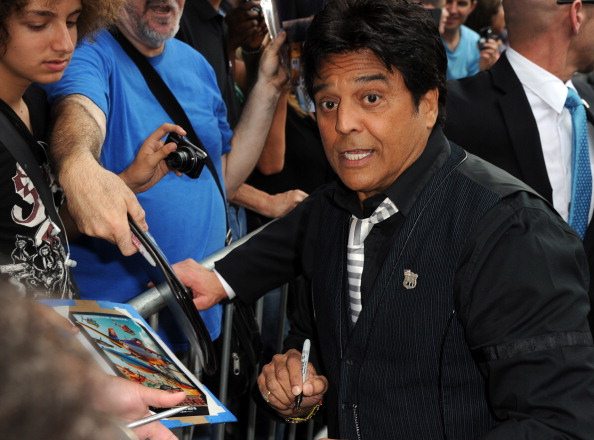 What is Erik Estrada’s net worth?

Erik Estrada is an American actor and reserve police officer who has a net worth of $4 million dollars. Erik Estrada is most widely known for his role as California Highway Patrol officer Frank Poncherello on the NBC police drama “CHiPs.” Later, he acted in a few Spanish-language telenovelas, and appeared on various television series, infomercials and reality TV programs. Estrada has also been in movies such as “Hour of the Assassin,” “Caged Fury,” and “The Naked Truth.”

Erik Estrada was born as Henry Enrique Estrada in 1949 in East Harlem, Manhattan, New York. His parents were Carmen Moreno and Renildo Estrada, both of Puerto Rican descent.

Estrada’s first marriage was to Joyce Miller in 1979; they divorced the following year. Next, in 1985, he wed entertainment executive and songwriter Peggy Lynn Rowe. They had two sons, Anthony Erik and Brandon Michael-Paul, and divorced in 1990. Estrada’s third marriage was in 1997, to film sound technician Nanette Mirkovich. Their daughter, Francesca Natalia, was born in 2000.

“Playing a positive role on a network television show, it was great. I took it as a responsibility. Poncherello was supposed to be Poncherelli, and then when I got this part I said, ‘You know what, this guy isn’t going to be Italian-American, he’s gonna be Hispanic American.’ And they went with it.”

“Oh my God… I worked with George C. Scott, way before ‘Chips,’ in ‘The New Centurion.’ I co-star in that movie. It was great working with him. I worked with Charlton Heston, Glenn Ford, Robert Mitchum. Stacy Each. The old Hollywood. I met John Wayne, and that was a thrill. I was working next door to him.”

“My grandfather taught me generosity. He sold snow cones in Harlem. I went with him at 5 and he let me hand out the change and snow cones. I learned a lot in the couple of years that we did that.”

“It was a hard job, but it was a lot of fun and I’ll always be grateful to Ponch. He was a part of me.”

“They do the soaps differently in Mexico. You just have to know the storyline and not memorize the lines. There would be someone feeding you lines while you were performing.”