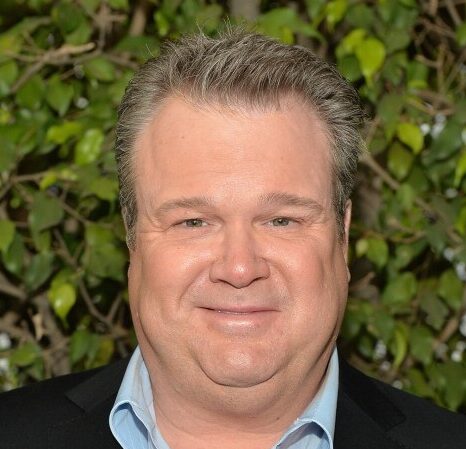 What is Eric Stonestreet’s net worth?

The actor has amassed a net worth of $23 million.

Career: Eric moved to Los Angeles to pursue an acting career, and he landed a guest-starring role on ABC’s “Dharma & Greg” in 1999. The following year, he made his big screen debut as a hotel desk clerk in the critically-acclaimed film “Almost Famous,” appeared on the game show “I’ve Got a Secret,” and guest-starred on “Malcolm in the Middle,” “Party of Five,” “ER,” and “Spin City.” Stonestreet then appeared on “The West Wing” (2001), “Greg the Bunny” (2002), and “Providence” (2002) and began a 12-episode stint on “CSI: Crime Scene Investigation” as Q.D. technician Ronnie Litre. In 2003, he appeared in the feature films “F.A.T.” and “Girls Will Be Girls” and the short film “Street of Pain” and followed them with “Straight-Jacket” and “Knuckle Sandwich” in 2004. In 2005, Eric co-starred with Ewan McGregor and Scarlett Johansson in the Michael Bay film “The Island,” which grossed $162.9 million at the box office.

Personal Life: Eric has been in a relationship with pediatric nurse Lindsay Schweitzer since 2016; the couple met in Kansas City at a Big Slick Charity event. Stonestreet supports the LGBTQ community, and when Rick Santorum, an opponent of gay rights, asked Eric to pose for a picture for him, he refused. Stonestreet is a sports fan, and he became part-owner of the MLB team the Kansas City Royals in 2019. He also attends Kansas State University football games and has participated in numerous NASCAR events. In April 2020, Eric competed on “Who Wants To Be A Millionaire,” winning $125,000 for the Kansas City charity Building Hope for Autism; his sister, Mauria, serves as executive director of the organization.

“Listen, re-gifting is fine as long as there is transparency. You just have to be like, ‘This is something I got that I couldn’t use, and I thought you might like it.'”

“I wasn’t a great student; I was lazy. But when I was in sociology class, I listened.”

“I have a Tinder account. Now I’ve done Bumble, and I’ve tried this other one, and the way I justified it is that… because I’m on TV, I shouldn’t be eliminated from participating in what’s going on in the world. But people are always like, ‘I can’t believe you’re on a dating app!'”

“I’ve gone out with a couple girls in L.A. that I met on Tinder, like on real dates. It’s hard to meet people.”