Home » KianAndJC Net Worth and Earning 2021 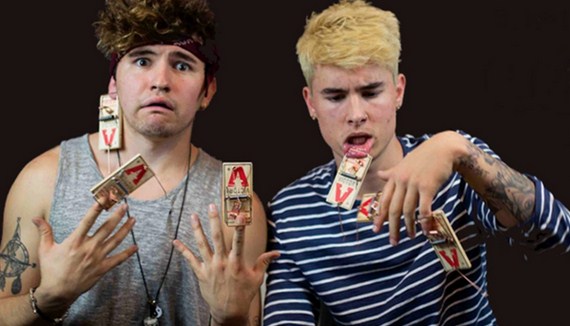 KianAndJC Net Worth $1 million, they are famous YouTubers that post funny videos. The two earn money from multiple sources. For instance, Kian has appeared in a few films.Kian Lawley is a social media personality. He is a famous YouTuber. JC Caylen is also a famous social media personality. The two have a YouTube channel together called KianAndJC. Kian Lawley is from Iowa. As a teenager he started posting videos on YouTube with a close friend, Sam Pottorff.

Kian and JC used to be a apart of the Our2ndLife (O2L) channel. The channel featured, Sam Pottorff, Connor Franta, Ricky Dhillon, Trevor Moran along with JC and Kian. All of them now have their own separate channels.

O2L helped each member gain traction on YouTube. O2L has over 3 million subscribers. However, all the members decided to go their own ways and no one posts on the channel anymore. Before leaving each member left a good-bye video on the channel.

After O2L, Kian and JC decided to start their own channel together called KianAndJC. The channel has almost 3 million subscribers as of December 2017. The channel grown quite a bit. It receives a lot of views which in turn means more money for Kian and JC. Kian and JC post many types of videos on the channel. Most of the time, they post funny videos in which they do challenges. Sometimes, the old O2L members will make an appearance in the videos.

On any given day the channel receives 420,000 views. This should generate estimated revenue of $630/day. That gives a yearly figure of $630 x 365 = $229,950/year. We can estimate the two are worth $1 million considering they have other sources of income and the channel will continue to grow in the coming years. For example, Kian and JC created a show together called Haters. Currently, Kian and JC live with friends Bobby, Corey and Franny. Kian has had a chance to appear in many films.